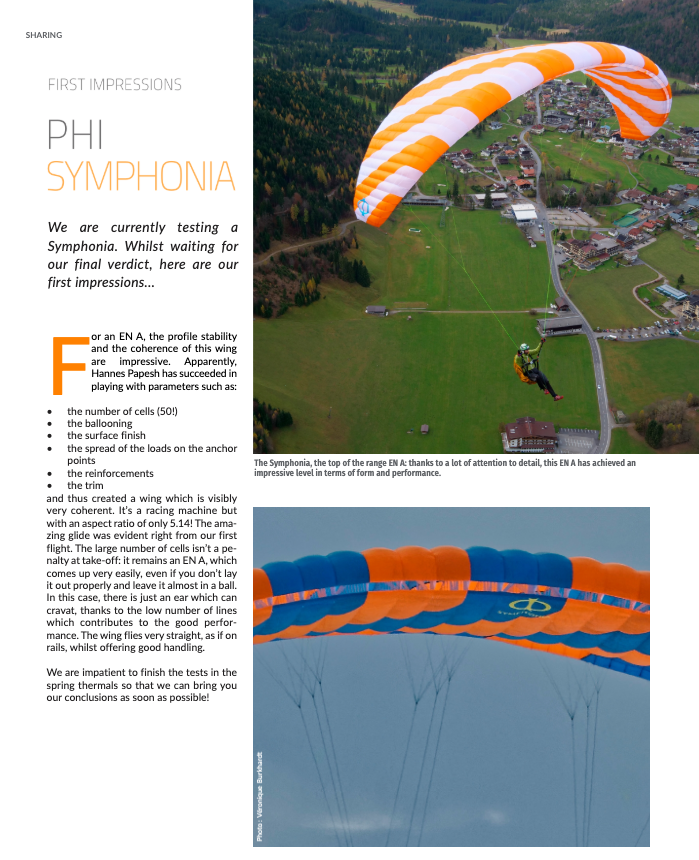 We are currently testing a Symphonia. Whilst waiting for our final verdict, here are our first impressions… Once again there are numerous trends concerning ‘Light’ and ‘hike&fly’ in 2019. It’s nicely timed as it’s the year of the Red Bull X-Alps, or to put it more precisely, the 9th edition of this completely mad race, which will encourage many pilots to make the most of the mountains before and after flying, on foot and whilst bivouacking...

The 10th Paragliding World Cup Super Final is taking place in Baixo Guandu, Brazil, from the 19th to the 30th of March 2019.

Baixo Guandu is a favourite destination for the Paragliding World Cup, with its stunning black granite dome mountains and testing tasks in the land of record-breaking skies.

For the first time in many years we have got a real variety of gliders, with pilots flying wings from five top manufacturers, all CCC certified: Flow, Gin, Niviuk, Ozone and UP.

On the World Cup website (pwca.org), you can now see preview pilot profiles of the high flyers from 2018, who will be taking part in the Super Final.

The standard doesn’t get any higher than that!

Keep up with everyone on the PWCA app, read the live Commentary, and follow your favourite pilots on the tracking to see who the high flyers in this amazing competition will be. 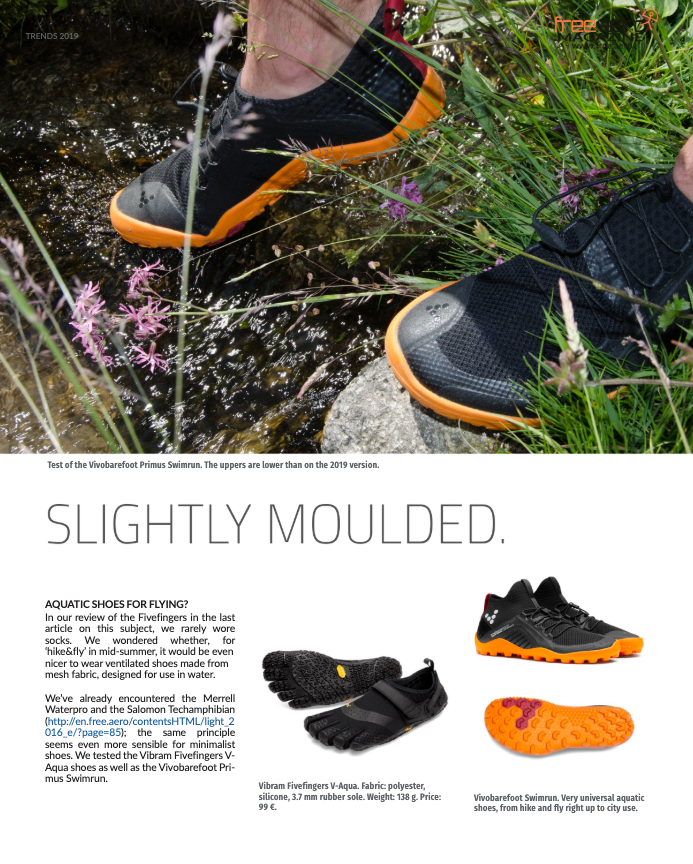 AQUATIC SHOES FOR flying? In our review of the Fivefingers in the last article on this subject, we rarely wore socks. We wondered whether, for ‘hike&fly’ in mid-summer, it would be even nicer to wear ventilated shoes made from mesh fabric, designed for use in water... 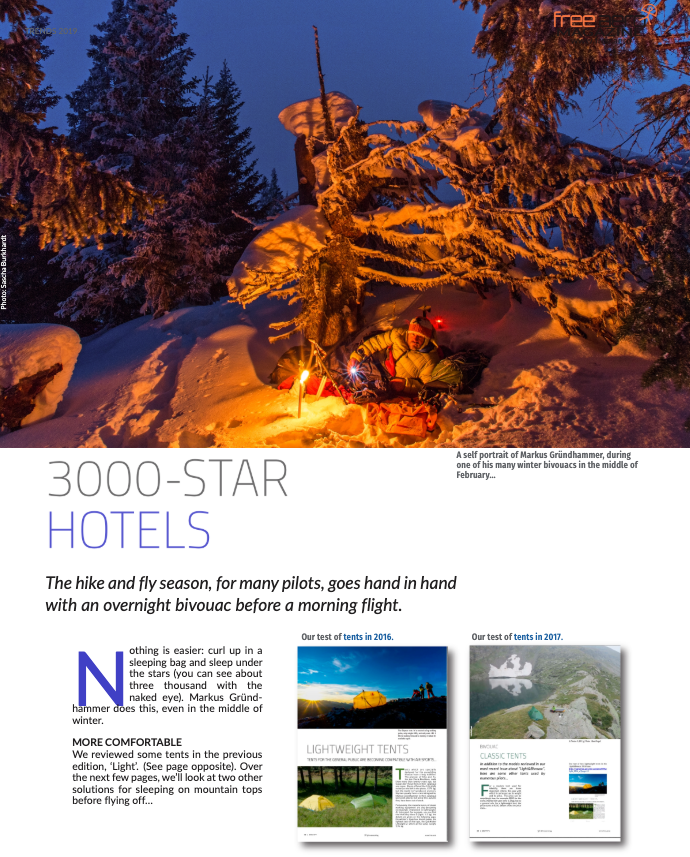 The hike and fly season, for many pilots, goes hand in hand with an overnight bivouac before a morning flight... 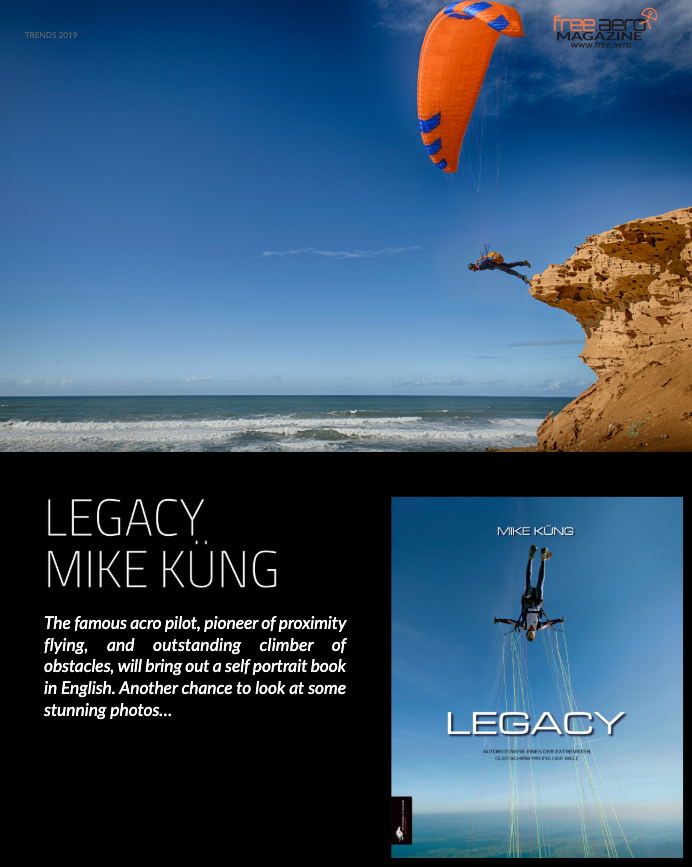 The famous acro pilot, pioneer of proximity flying, and outstanding climber of obstacles, will bring out a self portrait book in English. Another chance to look at some stunning photos… 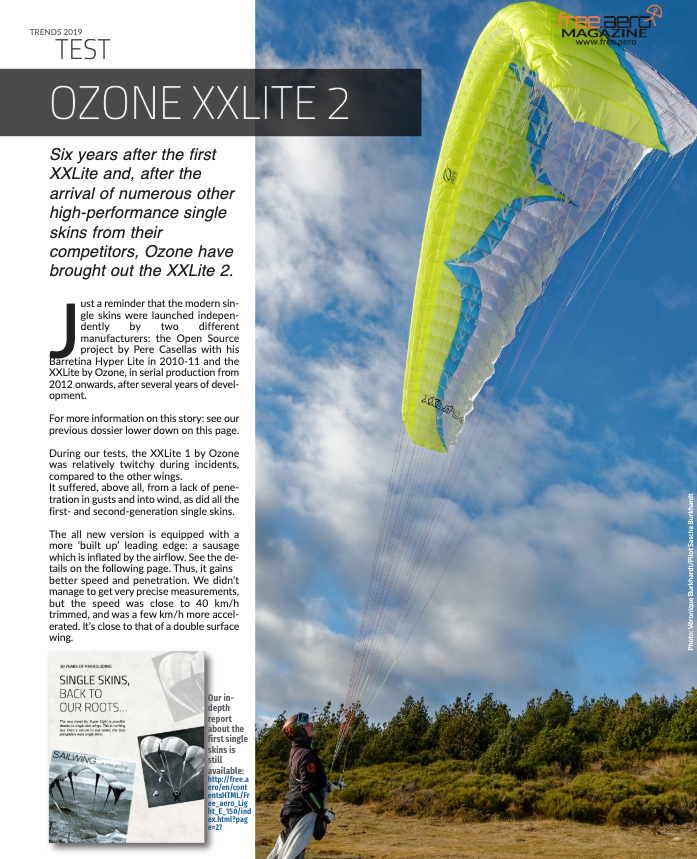 Six years after the first XXLite and, after the arrival of numerous other high-performance single skins from their competitors, Ozone have brought out the XXLite 2... 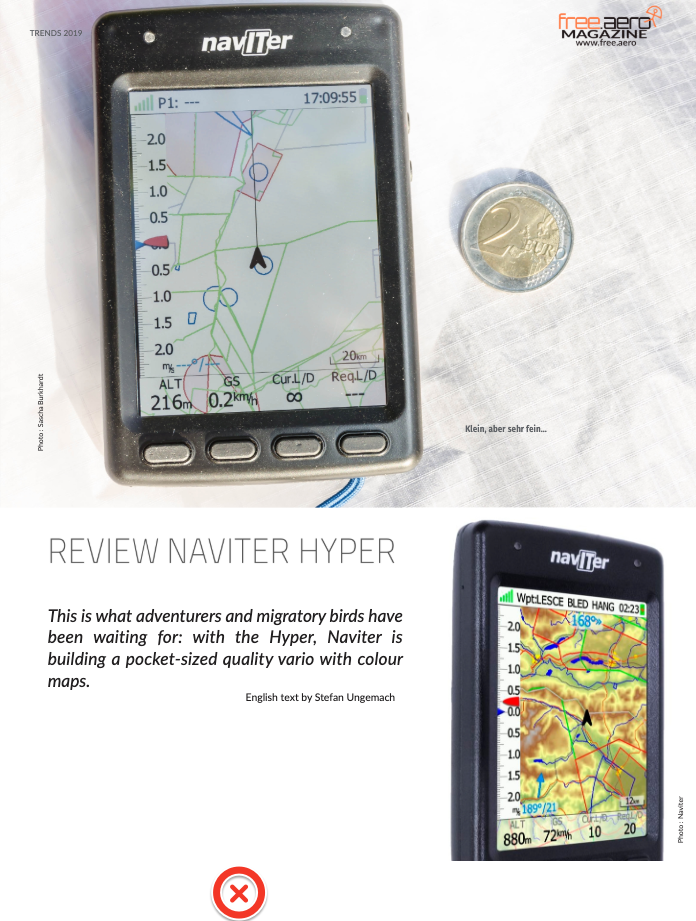 This is what adventurers and migratory birds have been waiting for: with the Hyper, Naviter is building a pocket-sized quality vario with colour maps... 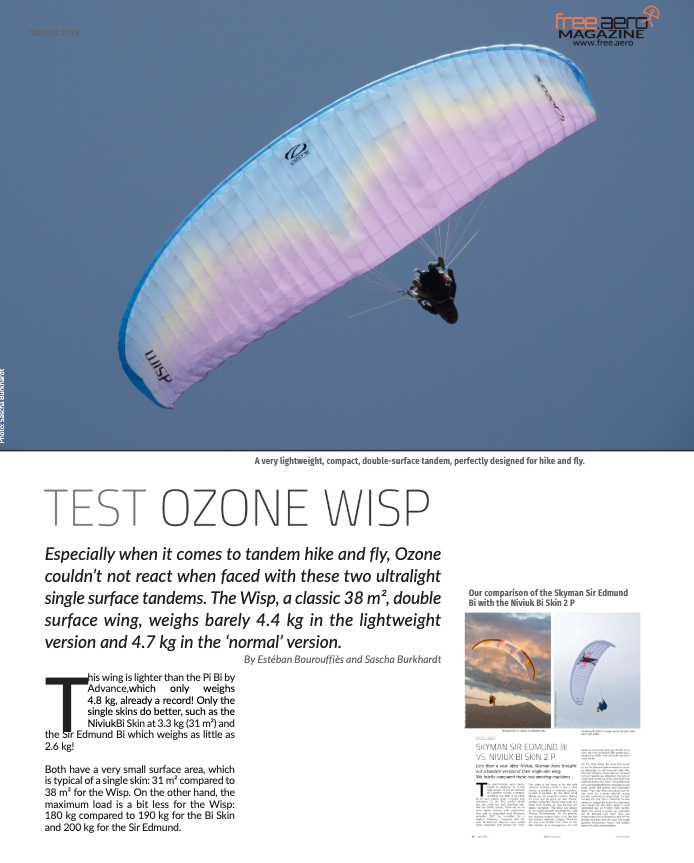 Especially when it comes to tandem hike and fly, Ozone couldn’t not react when faced with these two ultralight single surface tandems. The Wisp, a classic 38 m², double surface wing, weighs barely 4.4 kg in the lightweight version and 4.7 kg in the ‘normal’ version. 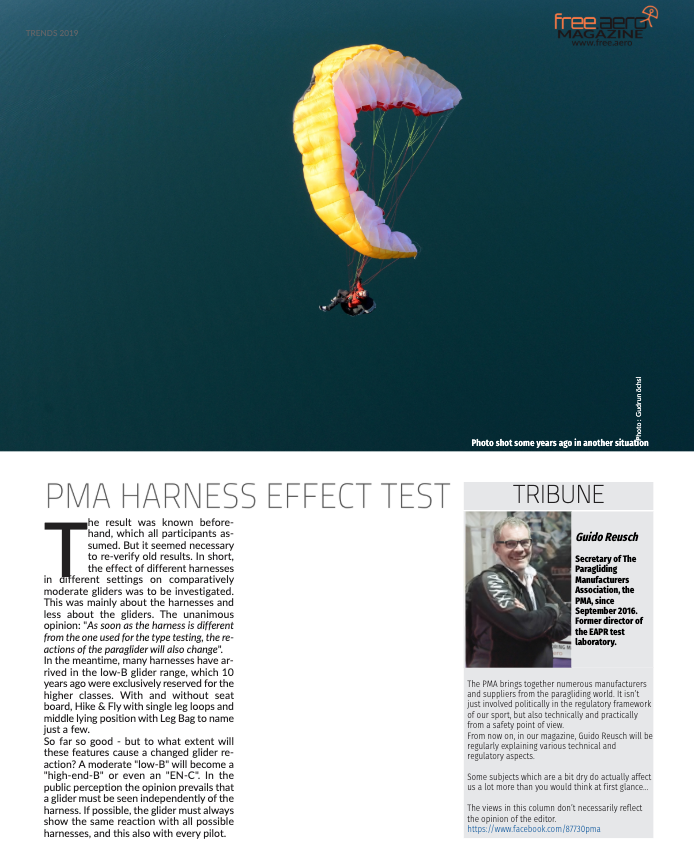 The result was known beforehand, which all participants assumed. But it seemed necessary to re-verify old results. In short, the effect of different harnesses in different settings on comparatively moderate gliders was to be investigated...